Rewriting Music History--- The Truth (or Lie) Is In the Details.....

"I never really felt like Big Star was part of the Memphis music scene at all.  I just finished reading Robert Gordon's book It Came From Memphis and, quite frankly, that was the first I've ever known of most of the 'Memphis Music Scene'." -- ANDY HUMMEL,  Big Star, from a 2001 interview with Jason Gross for the Perfect Sound Forever website 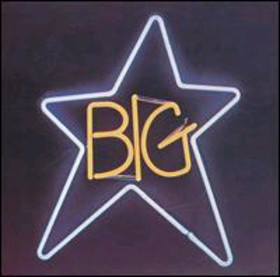 It's taken 30 years, but we've finally reached a point where you can hardly throw a pop bottle at a major rock concert without hitting a Big Star fan.  And if the bottle's full, when they come to, they'll inevitably swear that hardly anyone knows about them (Big Star, that is).
It's interesting.  The growing fan base is enough to keep the band going even today, though the band has not really existed for years.  True, there is a Big Star living off of the name and a convoluted lineup consisting of the Biggest Star, Alex Chilton, and the core of the Posies.  And their jangly, hook-filled guitar sound does strike a note with the fan, but for those less enamored it's more akin to expecting Creedence Clearwater Revival and getting John Fogerty with a few studio musicians.  I mean, if that's what you want, fine, but it isn't Big Star.

What we really have is a case of the legend overtaking reality.  It's Martin Strothers all over again.  You know.  "What we have here is a failure to communicate?"  Cool Hand Luke?  Hello?  Is this mike on?

The truth is that whereas Big Star is a minor supernova in today's rock world, during their actual existence, they were barely a lit fuse.  Yet somehow, the legend has given credence to no less than two books about 70s Memphis rock and a history of anything and everything Big Star by Brit Rob Jovanovic.  Not only that, but numerous Big Star CDs and 60s and 70s Memphis compilations line the shelves of music stores everywhere (that is, if you're lucky enough to know where one is anymore).  Hell, it practically takes a supercomputer to handle the Google responses to a Big Star/Chilton query on the Net. 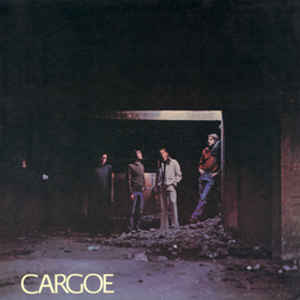 The first time I noticed it was in the 70s.  Being a native Pacific Northwesterner, I cut my teeth on the armory and teen fair circuit of the 60s and music was as important to me as it was for most young kids of the day.  I say this only to explain that I knew the bands and the music and the scene and the fact is, it wasn't really close to what has been written.

Let me guess.  I say Pacific Northwest and the first group that pops into your mind is The Sonics, right?  Maybe Paul Revere and the Raiders if you leaned away from the harder edge.  But they were only two cogs in the Northwest wheel.  We were inundated in bands of varying success and popularity, from The Daily Flash to Don & the Goodtimes to The Frantics to Mr. Lucky & the Gamblers to....  well, you get my drift.  So why is it that the vast majority of interest in the scene circles around The Sonics?  How is it that The Sonics can elbow reality out of the way?  The mere fact that it does is an example of rewritten history. 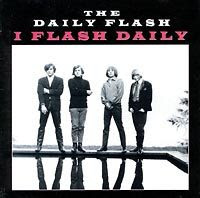 It is a simple matter of logic.  You start with A, move to B, then to C, then to D.  Now, A to B is a given, but the chances are progressively greater that the further along you move, say from A to D or A to G, the chance of solid logic (and reality) fades.

Big Star may be a good place to start when you think Memphis, but there was a lot more to it at the time than them.  Cargoe made the trek from Tulsa and beat Big Star from the Ardent gate, being the only Ardent act to chart on a national level.  Moloch rocked the houses and eventually morphed into Jim Dandy and Black Oak Arkansas.  The Hot Dogs' tadpole studio sessions evolved into a live frog act.

There were many others.  But they did not constitute a "scene."  They were all musicians not unlike those who permeated the Pacific Northwest, trying to play music and survive.  The cohesiveness was in the music and the survival, not in the banding together for a musical purpose.  The same for Seattle and grunge, and the Athens, Georgia movement of the late 70s and early 80s.  The same for all of rock music.  I mean, would there have been a British Invasion without The Beatles?  Would rock and roll have died without Elvis? Think about it.

The truth is that truth lies somewhere between the poles and always has. In music history, it is a matter of perception. The problem arises when we apply today's perception as reality. So be aware, all of you young musicologists out there.  When you step beyond the music, you take a chance of warping any future conception of the reality you know.  If you don't believe me, just ask Andy Hummel.  Of course, what does he know?  He was only there.

Note: This was written before Andy Hummel and Alex Chilton slipped off this mortal coil. Any references to them in the present were truth at that time. And no disrespect is intended toward any members of Big Star. I love those guys and listen to them still. But you have to admit, they are a great case in point.

Music is flowing fast and furious these days, maybe because of the impending Christmas season, maybe not.  Let me share a few of the more worthy albums passing through the player.....

DONNA HUGHES/Hellos Goodbyes & Butterflies---  Now I've heard of  Donna Hughes and have even heard her, but it took the name of producer J.D. Crowe to make me really listen.  What I'm listening to is some of the best vocal bluegrass available, I am sure, and what I would expect out of a Crowe-backed project.  Hughes lays out fifteen exceptional originals (one co-written with Keesy Timmer) which would have been worthy of any of my favorite bluegrass bands--- Seldom Scene, Hot Rize, and Doyle Lawson & Quicksilver included.  The harmonies are beautifully done, the band tight as hell (the list of players is a who's who of musicians I would drive miles to see) and the production superb.  As for Hughes' vocals, all I can say is, I'm in love.

PAT ANDERSON/Magnolia Road---  Anderson contacted me a week or so ago and normally I would have brushed him off because, truth be told, I don't have time to listen to everything and won't write about the music I don't think is worthy, but he was kind enough to include a link to his MySpace page and I had a few minutes, so...  So I replied.  Review your album?  Sure thing, Pat.  Like he'll need my endorsement.  This guy is just enough country to have the semblance of twang but so good he transcends the genre.  He is rock and country and folk and has truth in his music.  And he has Will Kimbrough backing him up.  Kimbrough's Wings album is, to my ears, the best he's done in some time (and I thought the others were damn good) and, well, you can place Magnolia Road alongside it.  And believe me, that is a huge compliment to Anderson.  Huge.

GILEAH TAYLOR/What Kind of Fool & Crooked Line EPs---  I've been following Gileah since her initial album, The Golden Planes, caught me off-guard.  Her simple and almost minimalist approach  was at the time (2005) a breath of fresh air and her songs were pleasant if not downright inspiring.  A couple of years later, she teamed up with The Ghost Train and filled out the sound with full band and her unique touch.  These two EPs are a step beyond that or maybe a marriage of the two earlier albums.  With a wisp of breath, she lulls you into her world and with full band and choir she presents a majestic front for more inspiration.  In between, she does what I've loved from the first Gileah note--- plays and sings from the heart.