It Was 50 Years Ago Today: Bullseye Canada's Beatles Tribute Hits the Bullseye!

"I been blindsided!" said Jimmy Durante before hotcha-ing his way offstage.  I always liked Jimmy and his schtick of mispronouncing names and words and his vaudevillian attitude toward music, so it is no wonder that I take on that persona now, attempting to make light of my two year battle against cover songs and tribute albums.  I have made no attempt to hide my distaste of the trend, preferring instead to hear the original music shoved aside for this dip in the shallow end of the music pool  by musicians of supposed worth, but maybe I should have.  It would make it easier to write this, a review of an album of (argh!) covers of Beatles songs in the form of (double argh!) a tribute album, but write it I must, if only to give credit where credit is due. 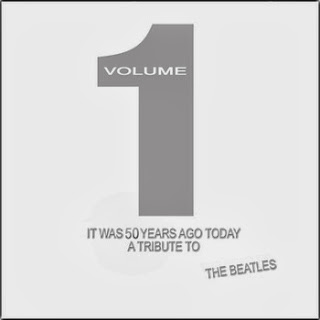 And I suppose if you must give credit to anyone besides the musicians, who all knock the ball out of the park on It Was 50 Years Ago Today, it would be Bullseye Canada's head bull, Jaimie Vernon.  Sure, the idea was one many had at the 40 year mark of The Beatles' Sgt. Pepper album (50 Years Ago Today grew out of Bullseye's CD compilation of ten years ago titled It Was 40 Years Ago Today, you see), but the brilliance here is not in the idea but the execution.  When this was produced, The Beatles were executed.  Beautifully.  You can hear it here.

Of all the artists on this album--- fifteen of them--- I knew of only two:  Goddo, an artist/band of legend in Canada, and The Kings, of This Beat Goes On/Switching to Glide fame.  I also knew a bit of Jaimie Vernon's work (he is featured on Helium Kids' contribution).  Twelve were artistic strangers to my ears.  No longer.  Not only have I fully embraced every artist's cover of their chosen Beatles track, I will be checking out their histories.  This is that good.

You couldn't start a project like this off better than  with Good Morning Good Morning, and when it sounds like The Lolas, it is doubly good.  I scratch my head, thinking back to the days of the Beatles recording and how no one could possibly have done it justice besides them--- not in my mind--- and here I am, fifty (forty) years later and hearing a cover which makes me actually want to hear a Beatles song again.  Nothing against The Beatles, but I am old enough to have lived through the transformation of rock 'n' roll to rock and have heard The Beatles, ad infinitum, to the point of boredom.  I love the songs.  I just don't want to hear them anymore.  Until now.  I was skeptical.  Now I am reborn.  Killer track.

The only version of Savoy Truffle I've been able to stomach since the original was Terry Manning's off of his Home Sweet Home album--- ten+ minutes of it.  Yet The Dons crank out an arrangement mixing The Beatles with guitar from James Bond and I'm bopping my head with abandon.  Great vocals  over the top of some brassy electric guitar and pounding rhythm section.  A+.

I'm always kidding Jaimie about people letting him anywhere near a microphone, but it is just kidding.  On Helium Kids' version of Fixing a Hole, he shows attitude worthy of his punk past.  Says his inspiration came from fellow Helium Kid Jef Leeson's love of XTC.  Early Andy Partridge, indeed.

Country/folk up any Beatles song and it couldn't be any truer to the original than Jeff Jones' version of I've Just Seen a Face.  Short and sweet, just like it was written and recorded forty years before.

Why am I not surprised that Goddo would choose an early rocker to cover?  Greg Godovitz has been all over the place in his long career, but he loves his roots and roots is what he gives on You Can't Do That.  If you had asked me blind who it was, I could as easily have said Swinging Blue Jeans or Billy J. Kramer & The Dakotas as Goddo.  Outstanding in its subtlety.

Phil Vincent is a name I somehow missed in my long run in music and I don't know why.  Swear to God, Canada, as much as I like to think as the Northern US, is a whole different country musically.  And I Love Her has crunchy rhythm guitar, late-seventies lead guitar and solid vocals.  Like REO Speedwagon might have done it in their early days.

Tom Hooper?  Long Long Long?  Hell, I didn't even know this song was by The Beatles.  One they did not kill through overplay.  Hooper nails it--- smooth vocals, instrumental background and all.  Very well done.

Tell you what.  Let's take Eleanor Rigby on a bit of a ride.  Which is what The First Time must have said because the driving rhythm guitar pushes the song while odd semi-lead guitar over the top gives it a slightly dissonant tone.  SF's The Tazmanian Devils might have played this on a really good night.  I loved the Devils.  Still don't understand how they missed. 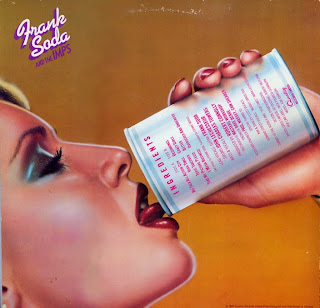 Frank Soda?  Great name!  Think of all the possibilities for album covers!  A bit of drama in his presentation of I Feel Fine turns it into a whole 'nother song.  If they ever do a Beatles stage thing similar to the one they did about The Four Seasons (What was that?  Jersey Boys?), this is the arrangement they should use.

Eytan Mirsky was a mite depressed when he recorded Don't Bother Me.  He says so right at the beginning.  Again, just enough Beatles and just enough Eytan.  Never heard it?  You'll recognize it when you hear this.

Peter Kearns.  Man, the intro alone of Across the Universe is worth the price of admission.  Lots o' keyboards, a light bongo effect in the background and solid vocals and you have another song which stands on its own, sans Beatles.  I really need to research him and all of the other cats I'm hearing here.

Sun PK, huh?  They sound as much like The Arbors or Orpheus as anyone on Happy Just To Dance With You.  An excellent version which makes my point that sometimes arrangements deserve a category all its own, right up there with performance and recording.  The Beatles go Hollywood? 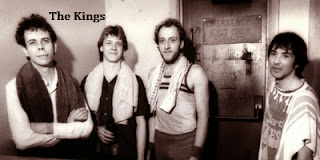 Those crazy Kings I mentioned earlier?  They take For No One and simplify and upgrade.  I especially like the guitar lead on the break.  By the way, the band has also released a collection of songs from their early days under the title Lost Tapes of a Seventies Bar Band which is intriguing, at the very least.  As for For No One, they  nail it.

Out of all the songs The Beatles have done, the one I would not want to tackle would be A Day In the Life, but Figures At Dawn didn't even blink.  They simply tackle it from the art rock side.  Call it Music From Another Universe.  Music written for the stage.  It makes me smile, actually, because they do it so well, from the semi-operatic/theatrical vocals to the classical slant on the instrumental side.

Don't let the fact that you may not know any of these artists throw you.  This is a first class production all the way.  The bands/artists know what to do with the music and they do it very well.

Of course, Jaimie has reactivated Bullseye Canada as an all digital label, so you can forget vinyl and CD for now, but maybe.....  Actually, I suggest you keep your eyes open.  Bullseye pressed a very limited edition of the three CD set (of which this is only one) under the 40 Year title (see above), so you might find, if you are very very lucky, a used copy out there somewhere.  You will have to battle me for it, though.  After hearing these fifteen tracks, I now hunger for the whole enchilada.

Covers?  Tributes?  I'm not giving up my negative attitude toward the trend just yet, but this has put a real dent in my negativity, though.  A big dent.